Skip to content
Last week I finished spring semester. After my last final, I couldn’t resist the urge to run. Usually I’ll jog in the morning, but it was after 8:00 pm and I needed to run. Headphones, joggers, Lemonade, and I took off. After that jog, I think it was the best sleep I had in weeks. After that jog and reading a few blogs later on in the week, I started feeling the motivation again. Its the only thing that clears the mind for me, besides prayer. Lately, a lot has been on the mind, and I’ve been trying to come to terms with all of it, so the best way to assist was jog.
Today, I decided to do something familiar yet unfamiliar to get out of my comfort zone, so I went jogging by the West Side of Manhattan. I use to work on the Upper West Side and during my commute I would always enjoy the beautiful scenery. I got ready, made a cup of tea, jumped in my car, turn on some slow jams, and drove to the West Side. 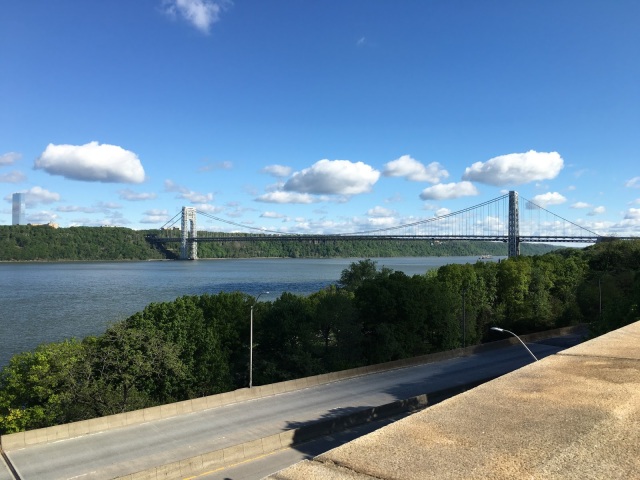 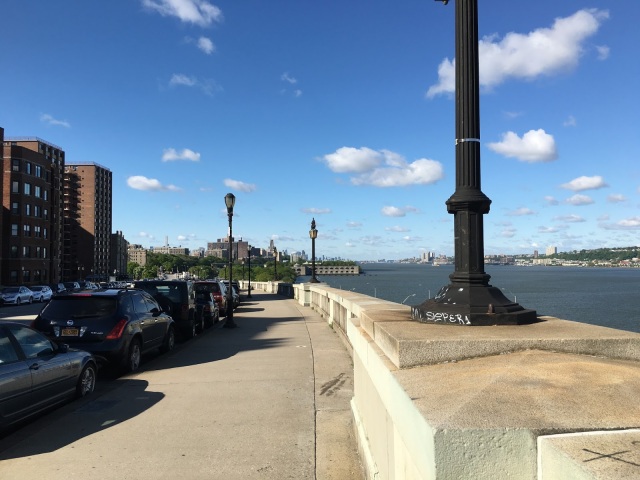 I started my jog right off of Riverside Drive and West 158th Street. In the photos above, you catch a view of the George Washington Bridge, You over look New Jersey ( I think the area they call West New York), and the last photo not a great one but a view of the New York City skyline.

I jogged to RiverBank Park on West 145th street. Which is another quarter mile to actually get into the park, and the photos below were taken when I was in the park. I didn’t know Sofrito’s restaurant was actually in the park, the last time I went to an event at this place it wasn’t Sofrito’s. But now that I know, I have another place to go. The other photos are of the George Washington Bridge and New Jersey from the park. These photos don’t do it justice. It’s a gorgeous view.

Right before I ended up at Panera Bread for breakfast, I picked up some flowers from my favorite spot on the Upper West Side, said hello to my old co-workers, and headed to HomeGoods to buy a vase. It was a day well spent.
It’s another beginning to a new week, I have spent enough money over the weekend treating myself to dinner and buying small things. I’m praying that this upcoming week is smooth. Last week was much  better than the one before, so I’m praying for the best. If my body permits, I’ll get up and do a quick jog in the morning. Not sure if it will because I have been waking up at 3-3:30 AM every morning for the last month. I just want to sleep. I’m feeling a bit drained at the moment. So we’ll see.
How was you weekend?